Odin is arguably one of the most enigmatic and complex characters in Norse mythology. Revered since the Viking Age, Odin has been called the greatest of the gods—the god of words and wisdom, runes and magic, a transformer of consciousness, and a trickster who teaches truth. He is both war god and poetry god, and he is the Lord of Ravens, the All- Father, and the rune master.

Odin: Ecstasy, Runes, and Norse Magic is the first book on Odin that is both historically sourced and accessible to a general audience. It explores Odin’s origins, his appearances in sagas, old magic spells, and the Poetic Edda, and his influence on modern media, such as Tolkien’s Lord of the Rings trilogy. Each chapter features suggestions for rituals, exercises, and music, so readers can comprehend and become closer to this complicated god. Author Diana Paxson, an expert on Viking-era mythology, provides a complete portrait of Odin and draws on both scholarship and experience to provide context, resources, and guidance for those who are drawn to work with the Master of Ecstasy today. Illustrations and photographs, paperback. The Essential Guide to Crystals, Minerals and Stones by Margaret Ann Lembo This Wolf Full Moon Leather Journal is hand-tooled and embossed with a  Wolf howling at the Moon. This leather journal contains 240 pages of handmade paper. It measures 5” x 7”. ShareTweetPinRedditMore0 Shares Divination for Beginners by Scott Cunningham Marked on the front and back with a floral patterned border and a central triquetra, the symbol of the Mother, Maiden, and Crone, this Triquetra Wiccan Journal is perfect for both budding and experienced Witches. It measures 6 x 8″. ShareTweetPinRedditMore0 Shares 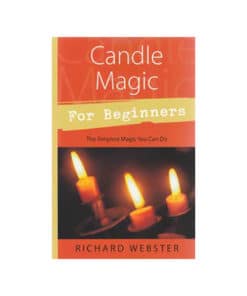 Filled with 240 blank pages, this God’s Eye Blank Leather Book comes complete with a leather binding cord! The semi-precious gem on the cover makes an amazing focus for any spell or charge, and the book is perfect for a Book of Shadows, Dream Journal, or even just a simple notebook! ShareTweetPinRedditMore0 Shares Explore the world of Celtic Magic by D. J. Conway, a mystical tradition firmly rooted in history as well as in present day, with this book. Within you will find methods of spellwork, ritual, meditation, and divination all derived from Celtic roots. ShareTweetPin2RedditMore2 Shares